Meditation is good for you, so they say.

I’ve managed to avoid meditating all my life up til now. I’m not proud, but not regretful, either. Whenever I tried to meditate it would be uncomfortable, whether I tried as a group, on my own, or following a guided meditation. The natural thing was to stop, every time. Occasionally I would to make it through a session, but when I’d look around at my life afterwards I’d notice it was no better than before. There was no reinforcement, no feedback loop that showed sitting through that discomfort would be worth it.

While this does get a few more pieces of broccoli in a child, it’s also teaching children a bad habit. Push through on someone else’s authority! Stick it out for 300 hours and then it’ll really pay off!

Vegetables (and meditation) do seem to be good for people. It’s inconvenient that there’s no obvious way to determine that it’s true by just checking our immediate internal experience. The feedback loop from food is long, vague, and full of trickery. It takes a lot of practice and introspection to clarify the feedback loop between what you eat and how you feel. I think this process is slowed down by things like “pushing through” or ignoring sensations. We need all the data we can get.

It feels slightly heretical, but I believe that you can be healthy by only doing things you find enjoyable. Even if something “would be good for you” it’s okay to not do it. The cost of forcing yourself to do things or of ignoring your sensations can be greater than the gain you get from doing the thing.

It is okay to not meditate, especially if it doesn’t feel good. Generally, things that feel good are rewarding, and you’ll do them more. It’s not reinforcing to do things that feel bad, plus it requires a lot of energy in the form of willpower.

But last week I felt like trying a little bit of meditation anyway. I had stumbled upon Rob Burbea, a British meditation teacher with hundreds of recorded talks, and was drawn in by his gentleness. I found his metta retreat recordings and gave it a go. (Metta meditation, or loving-kindness meditation, is the practice of cultivating benevolence.)

I spent a few days listening to the talks labeled Guided Meditation 1-5 while laying on my sheepskin rug, unconcerned about if I was doing anything properly. There were the faint sound of birds chirping in the background. And there’s something to Rob Burbea’s voice. When he says there’s no way to do metta wrong, it was easy to believe him. He says that feeling comfortable is key, so I didn’t try to maintain a meditative posture, and wiggled around whenever I wanted.

(One reason to have an upright posture in meditation is to stay alert. One time I fell asleep and turned metta into naptime, which was great. I probably needed a nap, and that’s how the loving-kindness expressed itself in that moment.)

Then I’d let my attention move around from person to person, including myself, and subvocalize mantras like these:

I accept myself just as I am, foibles and all.

I forgive myself, even when I make mistakes.

May I be well, happy, and peaceful.

I found and adopted these from Tasshin’s book draft on Metta, in the “Metta Phrases” Apendix.

When I felt resistance to directing these mantras somewhere, or when uncomfortable sensations would come up, I brought the focus back to my sensations. I would then practice metta on myself, forgiving/accepting/loving myself for having those sensations. When that would clear, I’d move my attention back to the original subject. If anything felt effortful, I’d slow down and focus on something easier.

That’s more or less it.

It felt very different from other meditation I’ve tried, because even after day 1, there were immediate, obvious positive effects.

Walking around downtown, I started to notice my normal misanthropic thoughts like “boy, that person sucks, it would be convenient if they didn’t exist.” It felt like unlocking a new option in a video game dialogue. I could instead pause and consider their common humanity, how they’re striving for happiness and trying their best, and how I could wish them well. It does not hurt me to wish them well, though sometimes it causes interesting sensations in my body. And I don’t have to wish them well. It’s nice to have the option.

I see now how my default posture towards strangers is one of mild dismay and distrust, and how it doesn’t have to be this way.

It’s a little funny how I’ve spent so much time worrying about if I’m a good person while the whole time there have been practices like this available—if only I’d stop worrying and actually work towards become a kinder person instead!

If you’re thinking of trying metta after reading this, I wish you ease. Your mileage may vary. Maybe my mind was just primed in a way that 5 hours of metta was exactly what I needed. But if you do try, I encourage you to pay attention to the sensation of it, and to stop or slow down if it feels bad.

Loving-kindness is a powerful idea. It won’t be going anywhere anytime soon.

May you be well.

One thought on “5 hours of Metta” 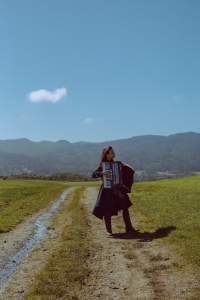